By JERUSALEM POST STAFF , OCTOBER 8, 2021
https://www.jpost.com/science/technion-and-unc-researchers-develop-algorithm-for-automated-surgery-681437
Three views of the lung environment. The needle steers to targets (green) while avoiding anatomical obstacles including large blood vessels (red), bronchial tubes (brown) and the lung boundary (gray). (photo credit: COURTESY TECHNION)
Researchers from the Technion and the University of North Carolina (UNC) developed an algorithm that safely moves surgical needles along 3D-mapped trajectories.
Procedures such as certain cancer therapies and biopsies require a needle to be moved inside the body without damaging other tissues, a difficult process that is further complicated when the target is located behind those tissues or other obstacles.
Innovations such as bevel-tipped needles intended to simplify such procedures are, nevertheless, complex to use and require a precise surgeon to manually perform the operation, unless assisted by "motion planning algorithms," which steer the needle automatically. It is often difficult to gain regulatory approval for such algorithms, as the procedures they are used in are risky and require extreme precision.
Dr. Oren Salzman of the Taub Faculty of Computer Science at the Technion. (credit: COURTESY TECHNION)
The researchers, Dr. Oren Salzman of the Taub Faculty of Computer Science at the Technion and Prof. Ron Alterovitz and Mengyu Fu of UNC, developed one such algorithm that performs calculations more quickly than others and "guarantees" that the needle will reach the relevant part of the body without damaging other tissues, alerting the surgeon if there is no safe path.
The project was funded by the Binational Science Foundation, the US National Institutes of Health and Israel's Science and Technology Ministry. 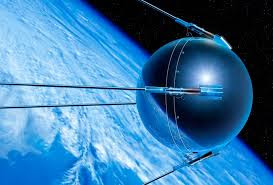 2,700-year-old biblical fortress in Jerusalem undergoes restoration The citadel might have been part of a network of defensive struct...